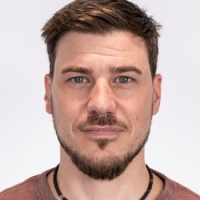 Armin Habermann Member, Administrator
March 2017 edited May 2017 in Beta drivers
New beta driver for testing purpose!
Install only if you are used to beta software and potential issues using such early software.
No support can be given to beta software.
If you have problems...revert to driver v273 and the included firmwares FOR CSW V2.5 users!
If you have problems...revert to driver v261 and the included firmwares CSW V2.0 users!
...alternatively previous beta drivers can be tested which are available in the forum.
Changes:
Known issues:
Please report all issues which are found in this thread. Like mentioned before...there will be no support for the beta driver but all issues will be investigated to be resolved in future versions.
If you find any issues please post clear steps how the issue can be reproduced.
Please make sure that you mention as much information as possible (products/hardware involved, OS version, FW version, etc.) when you are describing problems with the new software. Videos/screenshots might ge a great help to analyze the issue.
A new beta version of the great third party tools Fanaleds (www.fanaleds.com) and SLIMax Manager Pro (http://www.eksimracing.com/new-slimax-manager-pro/) are now also available which supports the CSW V2.5:
www.fanaleds.com (Version 2.4j/2.4k or newer)
http://www.eksimracing.com/new-slimax-manager-pro/
If you find any issues while using this additional software please first deactivate the 3rd party software to make SURE if it is realted to the issue BEFORE posting it.
2017.03.24-Fanatec_driver_281.zip 37.2M
«12345»