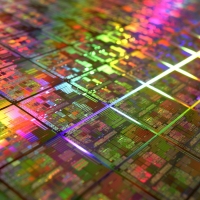 Turned on the DD base and it seemed to have locked after turning the wheel as its booting. Nothing appeared on the DD screen and no user inputs from the buttons worked, so i took the existing wheel off and put on the F1 wheel to see if there was an issue. still nothing came on the DD screen so i turned off the DD base as i turned it off, little did i know as i was bending down observing the DD the computer was now doing a firmware update for the F1 wheel. I had no idea, it just started doing it..i only realized it after i turned off the DD base and turned it back on. looked at my screen and saw it, 58% completed before it was turned off. Now that F1 wheel is now very much dead.

I honestly thought fanatec would give some kind of user input for such a firmware update to go a head. A button saying "ok"or anything that required me to accept it.

I doubt this wheel can be saved. But just wanted to give you guys a heads up, maybe unplug the usb first or turn off the DD base, before swapping wheels.