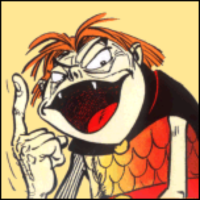 Hello i got a issue with my DD1. if somebody knows what to do in my case i'll be happy to take your advices.

Here is the video :

Thanks for your time and your help 🙂