Order shipped? But has not moved for 33 days? That's not shipping, that's sitting

Fanatec, please follow up with your shipping provider USPS as to why my shipments to CANADA have not progressed since June 3rd. All product was ready to ship when I ordered.

I received 3 tracking numbers from Claudia for my order and two of the packages have not moved since that time. One of three packages has been delivered (F1 wheel)

There has been zero communication or explanation from anyone as to the reason for delay. I have no means to contact anyone at USPS or find our why they are stuck in LA

Have you actually provided the packages to USPS or just created labels and entered them in the system to make it appear as if they have shipped?

I see all of the issues on the forum your company currently has with providing customer service and I am beginning to wonder whether my order is somehow caught up in your inventory management system and is "stuck" in the system as has been communicated by Dom for other peoples orders which are not shipping on time. If you have truly provided the packages to USPS (the only option you offer for shipments to Canada) can you please contact them to get these packages moving. As your chosen shipping partner they are currently effecting the quality of your business by preventing your customers from receiving their orders which you have trusted them to deliver. As your partner they should respond to a request from you for confirmation on when the packages will finally move from their current location in LA where they have been for 33 days.

I have attached two pictures showing the current status of the packages on the USPS tracking sites indicating they are still in LA. The Third picture shows the progression of the first package that I actually received. What is interesting to me is that it did not seem to arrive at USPS until June 23rd after which it was shipped very quickly. The other two packages have not even "arrived" yet. So is USPS still waiting for the packages from you? 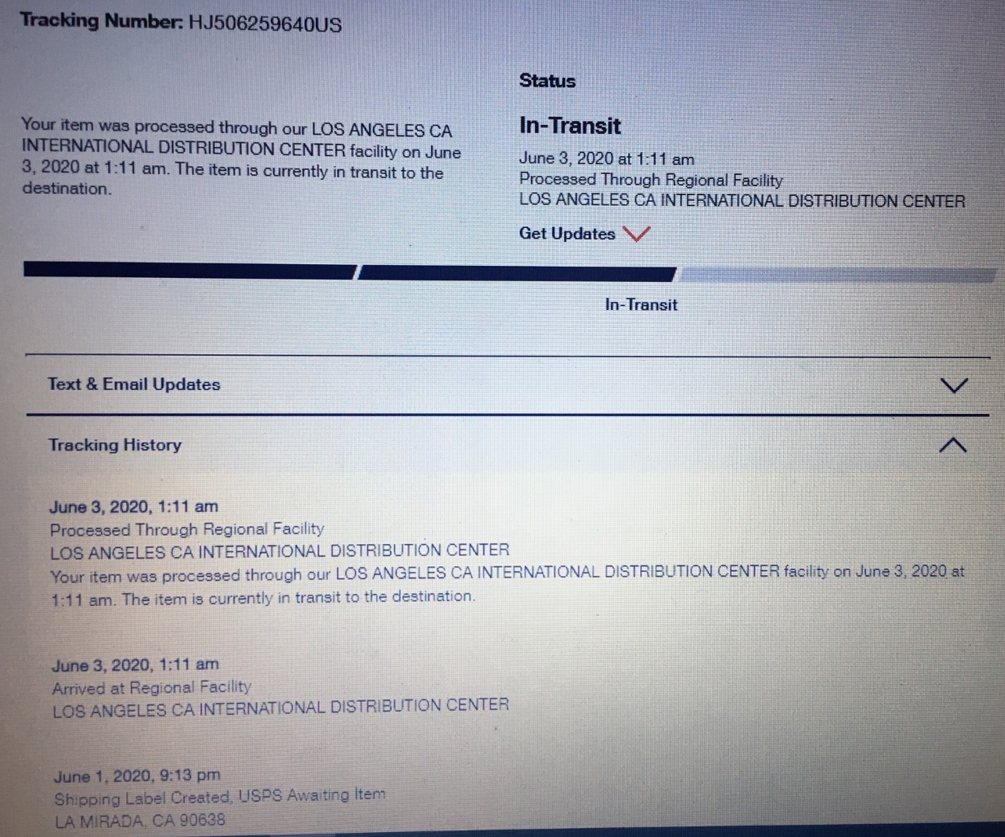 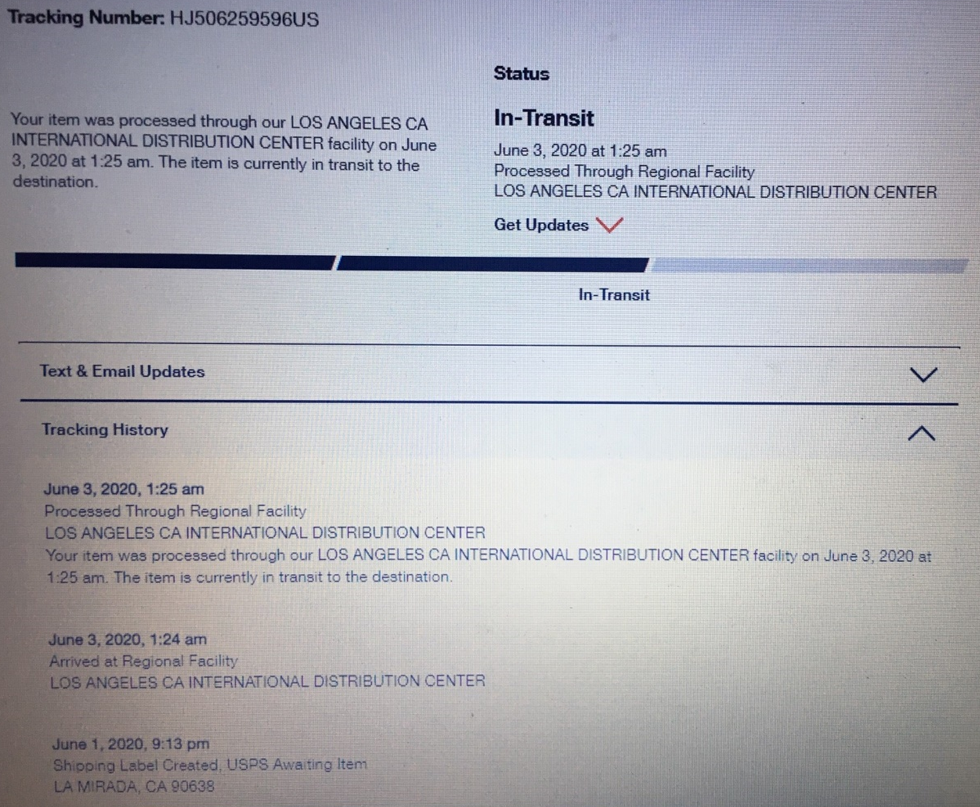 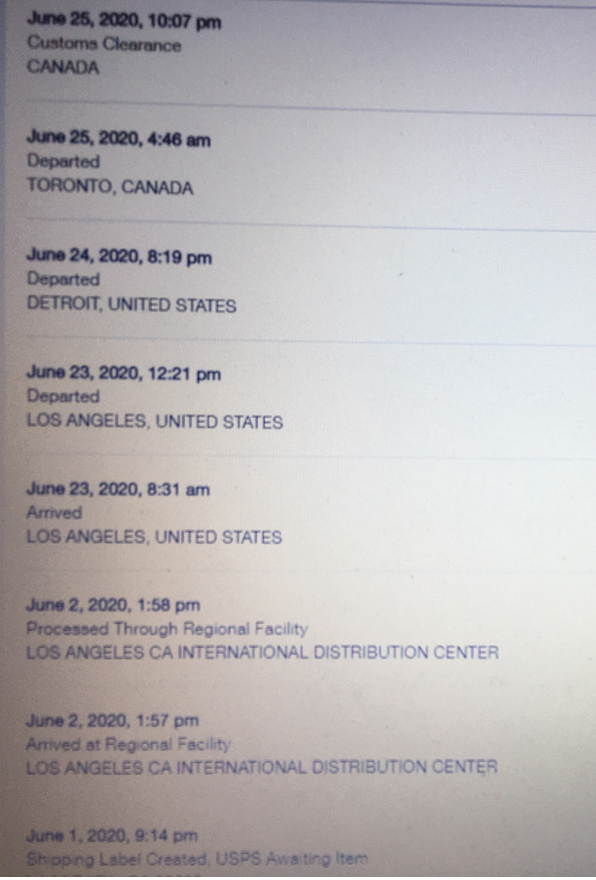 Please contact USPS and respond with the actions that will be taken to rectify this issue.

I do not want to address this issue by email over 14 day intervals taking several months to resolve.

I expect a response detailing the actions that will be taken, not an excuse or apology

Do not hesitate to call me directly if you have any questions or require clarification.