Did stupid thing on CSL Elite F1 for PS4

I recently bought at CSL Elite F1 set for PS4/PC.

I downloaded and installed the Fanatec PC driver version 328 (Fanatec_64-driver_328).

I launched the driver software went to see if I needed a firmware update - and it said I had the latest.

But, I stupidly clicked on the Update buttons for both the Wheel Base Firmware and also the Wheel Base Motor just to see what would happen. I thought that since I already had the latest firmware there would be no problem with continuing the update/flash process because I was curious to see how the flashing works and I also assumed it would just keep me on the latest firmware for both.

However, after clicking through and using both the "Fanatec Wheel Base Updater" and also the "FANATEC Firmware Updater" to flash the firmware with the default firmware location of \default.hex I seem to have somehow flashed an older version of both firmwares.

For example, my Wheel Base Motor used to be at version 22 and now it shows version 18. My Wheel Base Firmware now shows version 630 which I think is also different than the firmware on the unit as shipped (think it was 641).

I apologize for being so stupid! I searched the forum but couldn't find a similar issue.

Can anyone please tell me which hex files in "C:\Program Files\Fanatac\Fanatec Wheel\fw" are the 2 proper files I should flash?

Or could anyone point me towards a download for the latest and proper 2 hex files to flash for the CSL Elite F1 Set? I plan to use the system on both my PS4 and my PC so I'm worried I don't have the latest firmware and won't be totally compatible. Thanks!! 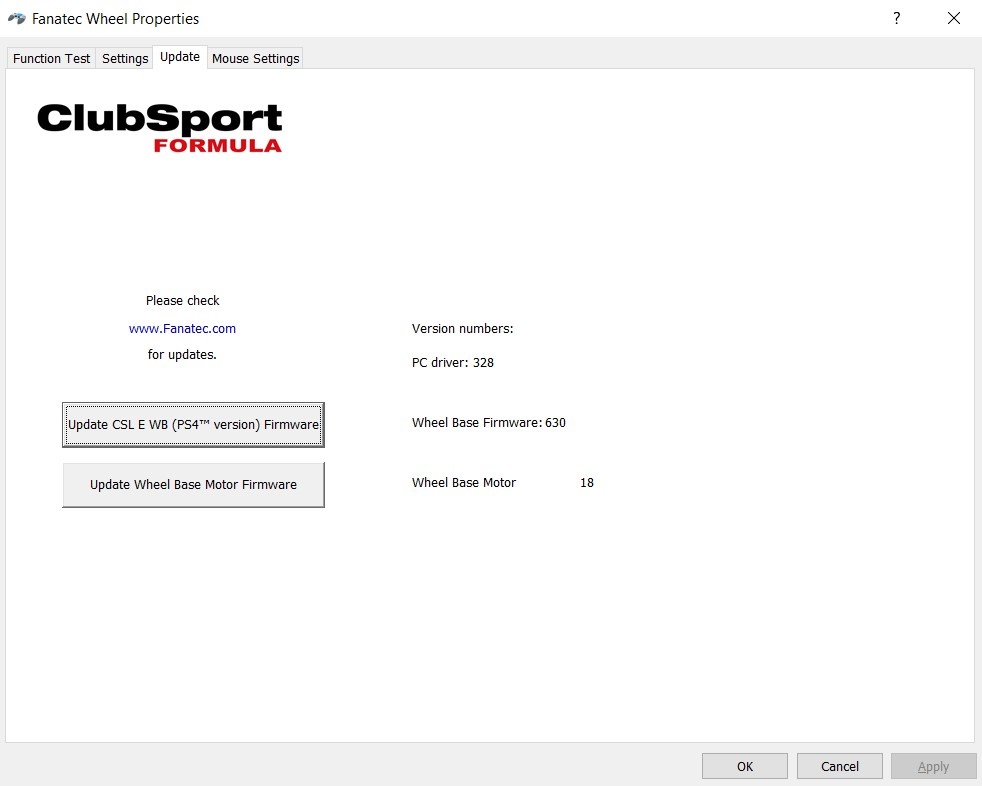