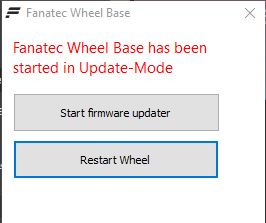 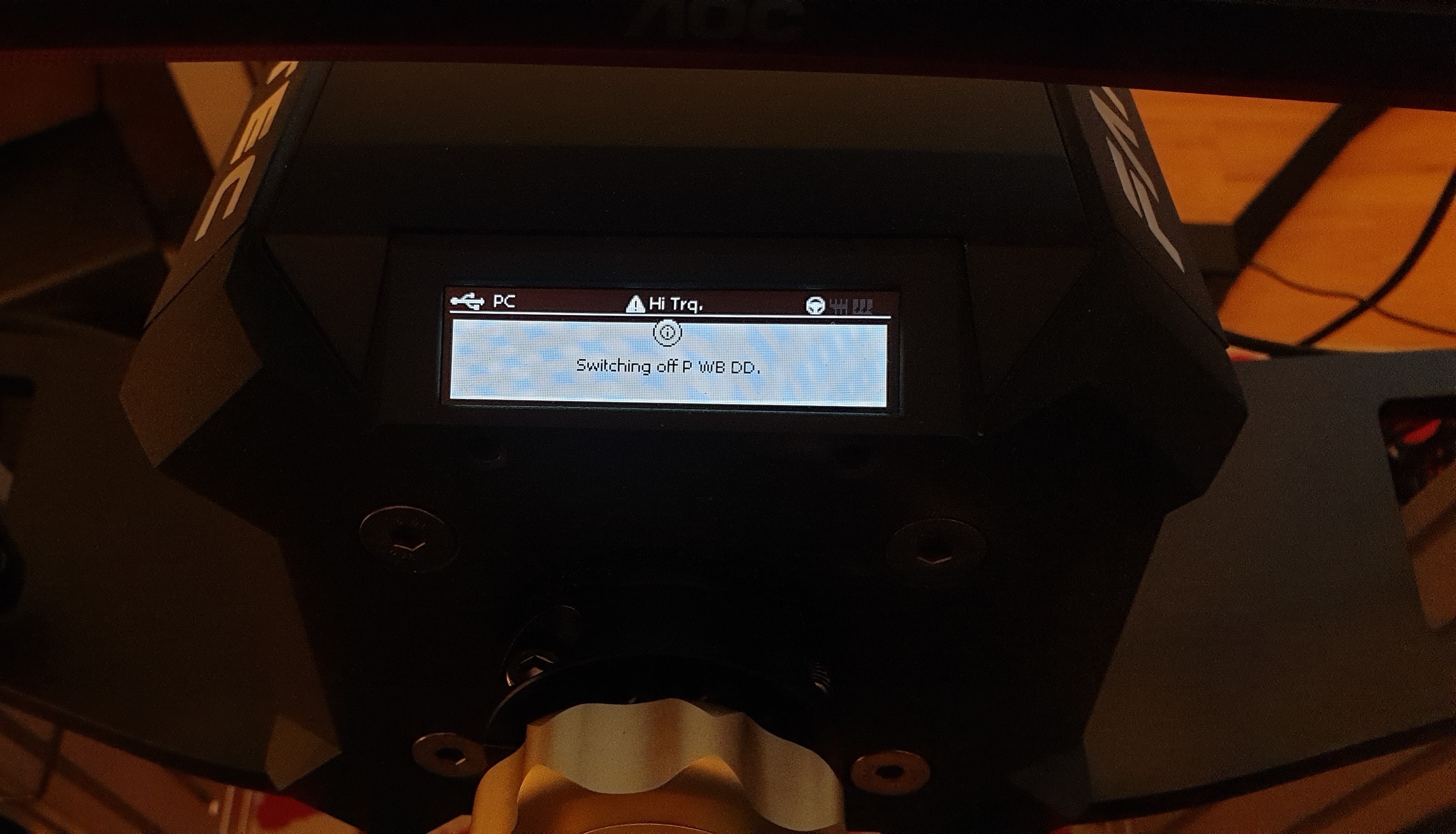 Approx. once a week my DD1-Base suddenly turns off while driving.

The wheel then turns with medium force in one direction up to the stop.

"Switching off P WB DD" then appears permanently in the display.

The base then crashed and I can only take hard off the power.

After switching on, the USB recognition tone sounds, but the display of the base remains black and

the message "Fanatec Wheel Base has been started in Update Mode" appears on the screen. Here, too,

the base no longer reacts. A click on "Restart Wheel" does nothing and I can only switch off the base again.

As I said, the behavior described has now happened once a week since purchase in March.

So far I have used drivers 346 and 352. Belonging Firmware-Updates were made each time.

and it worked smoothly afterwards.

What can I do?