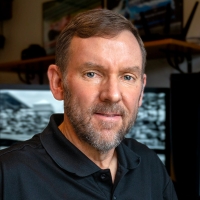 William Gulker
May 11 in Steering Wheels

I am building a new rig. The rig will include a DD2. I would like to use the rig with an Xbox and PC. As a result, I purchased the CS version of the R300 with the Podium Advanced Paddle Module. What are the disadvantages of using this setup on a PC compared to using a Podium R300 wheel? Are there any other recommendations for using the R300 with both a PC and Xbox? Thanks for the help.