I'm having a strange issue that's happened a couple of times to me over the past few weeks. The "Add Custom Game" feature in Fanalab seems to work fine, and then after a couple of weeks or so, I'll go to launch Fanalab and all of my custom games will be gone from the interface.

I had added a few other games like ATS, along with Wreckfest and FM7 that I have through the Windows store. All of my .pws files and directories are still there on my hard drive. It just seems that Fanalab is no longer "seeing" them for some reason. When this happened to me a few weeks ago, I went in and manually re-added them, and things were fine for a while...until last night, I launched the program and the custom games had disappeared again. I've also noticed that Fanalab's background image has reverted back to the default, when I previously had it set to the image of the Formula rim.

Any ideas on what could be causing this or if there's a simple fix? Is this a known issue? I'm using Fanalab 1.63 and driver 439 (I'm not inclined to upgrade at the moment, so if it's a known issue, I'll live with it). 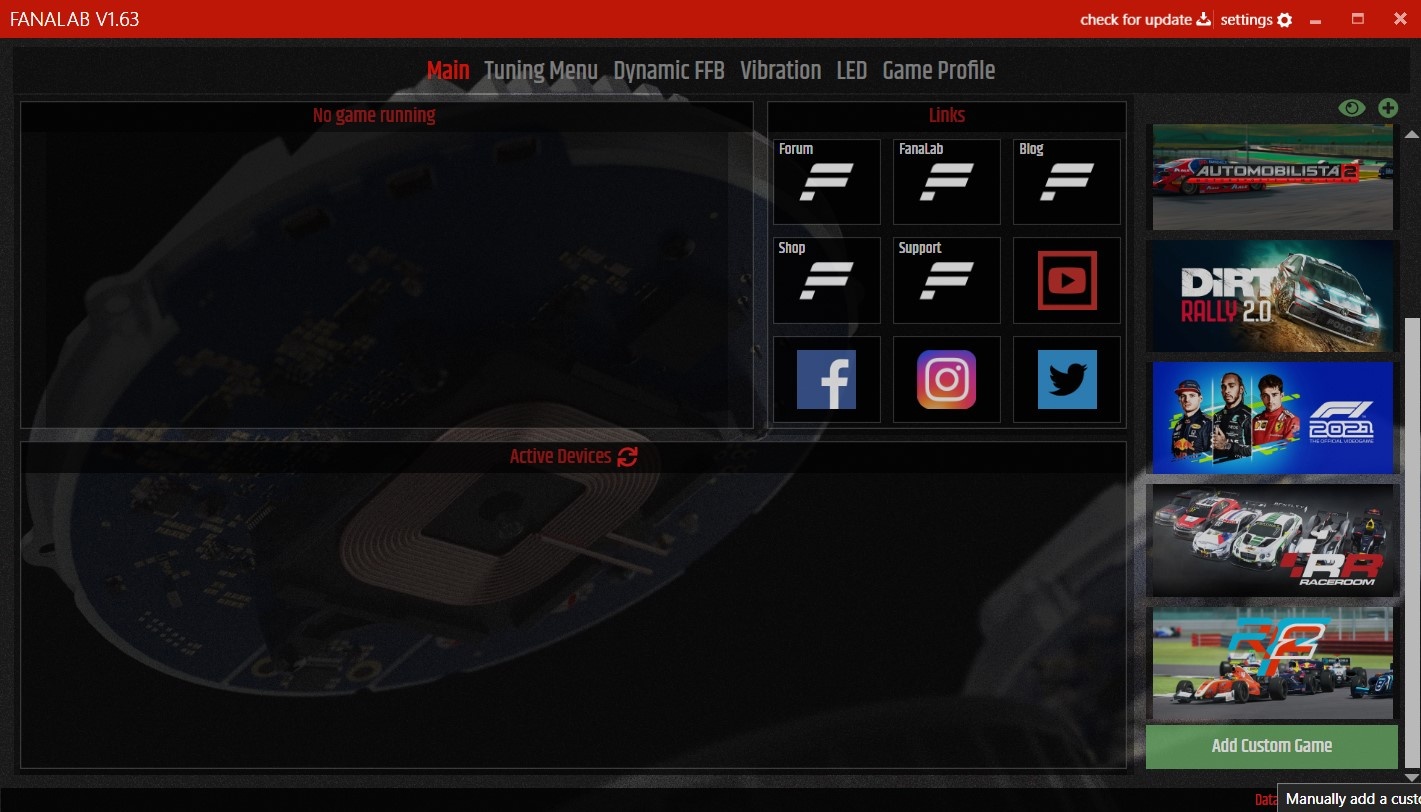 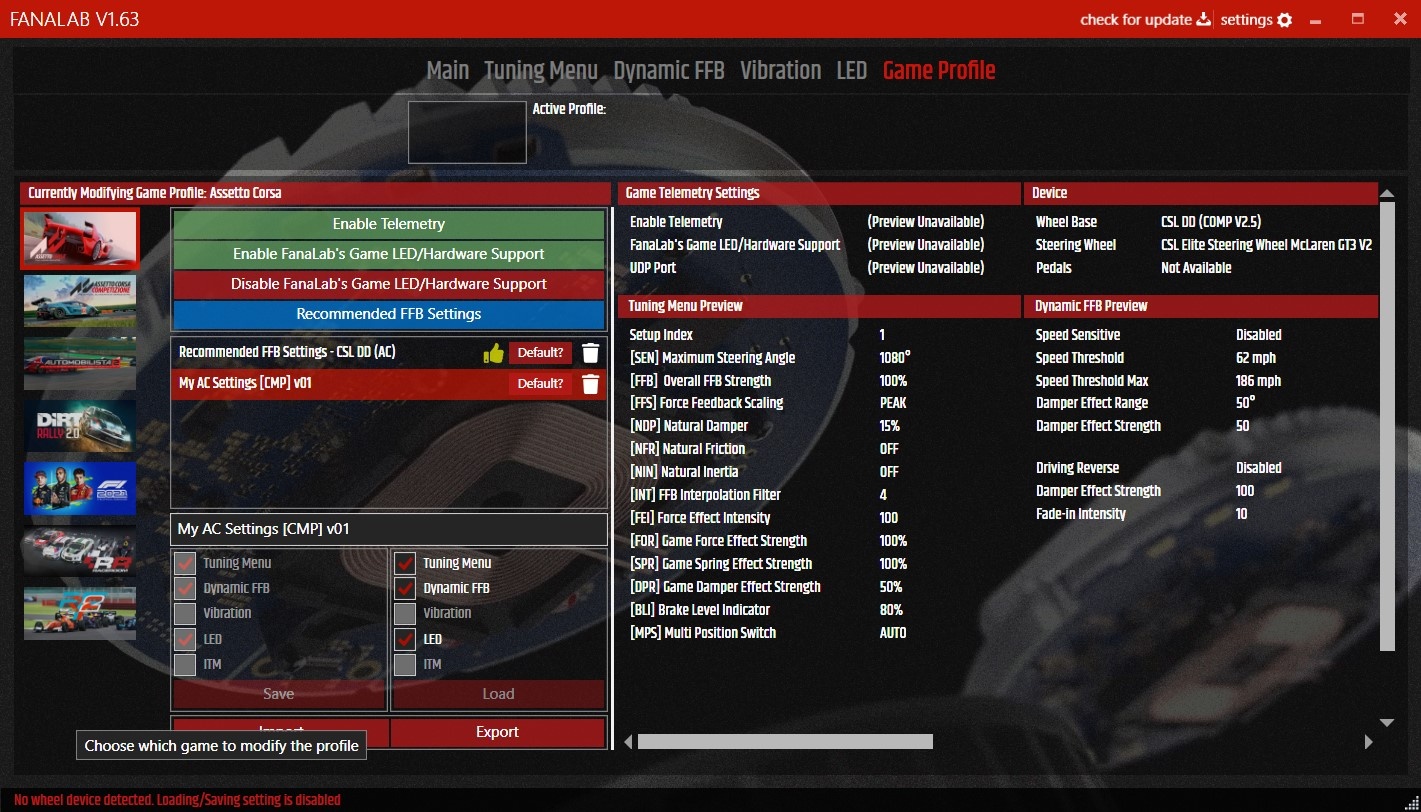 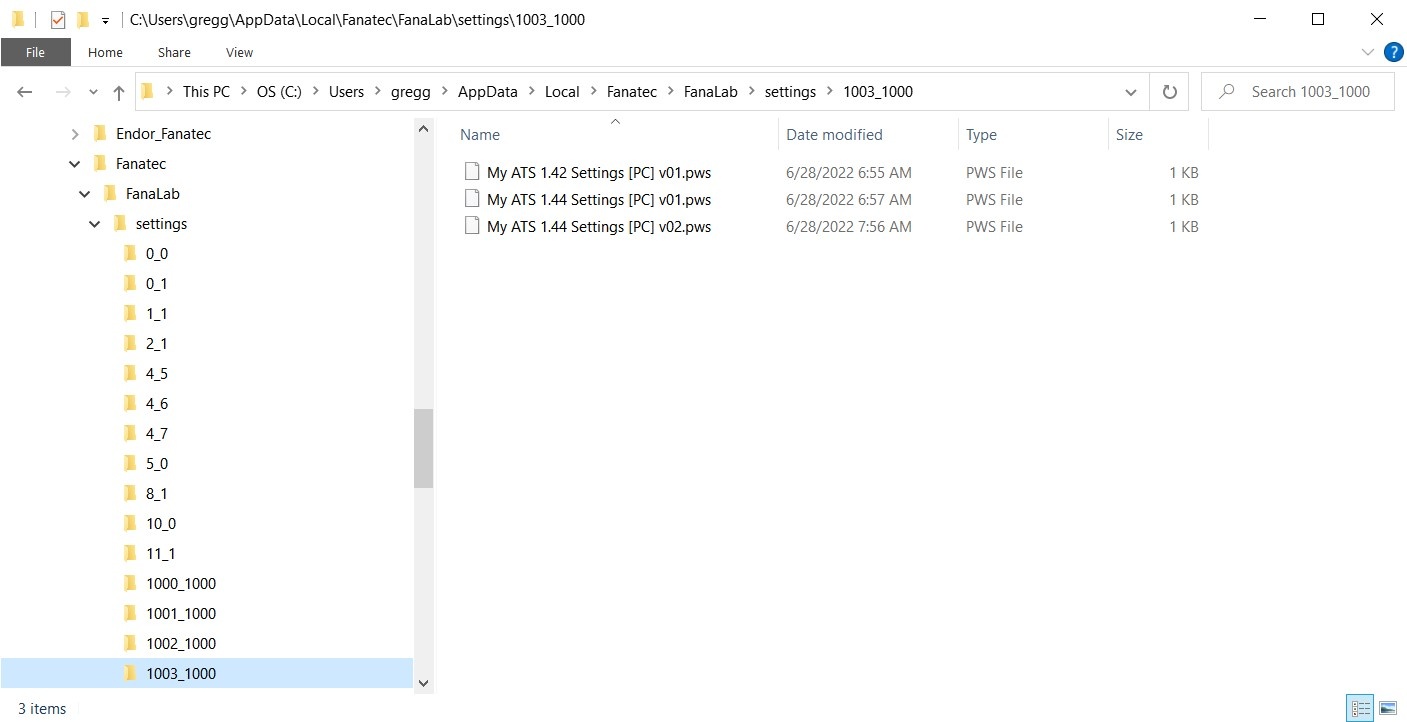