Podium DD1 freezes during mid-race, is it a hardware problem? 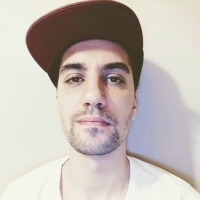 I've had my DD1 since march without issues. Suddenly weird problems started happening.. My RSR 918 rim-buttons stops workign in the middle of the race, as if it lost connection.. After 30 seconds, it regains attachment again.. Other times even the force feedback was lost, and it was regained again after 20-30 seconds.. As if the base is "bugging out" in the middle of my races... Sometimes this issue appears when I boot the base also, and I have to turn it off and on again for the rim to work.

This started happening frequently after I installed the 372 driver, but my suspicion is more than the driver. Because this base has been acting strange since the day I got it.. The freezes for example, it has happened from time to time before, but only when I was messing with fanalab and joy.cpl.. Now it is MUCH more frequent and in mid-race also.. Which leads me to believe it's more than a firmware problem. Also, my base is not like other people's bases.. When I boot up my base, it turns to 14:00 clock, and then back.. It does not go for a whole round like every other base does. Is this an indication of a base failure?

This has been tested: 372 drivers with the newest fanalab, 365, and 346 driver.. All of them with their following firmwares and motor firmwares. Pins are perfectly fine, and I have ALWAYS been using the screw to tighten it really good.. So there has never been any wiggle or physical damage at all.