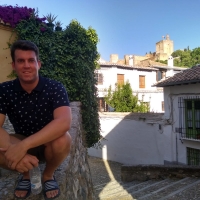 The settings in this discussion are different from the other discussions I posted.

I like these setting a lot and don’t want to adjust my setting anymore.

I hope there are users who can give it a go and give their opinion of these settings.

Sensitive force> 10. (In my opinion the weight from the beginning of steering is important).

INT> 17/18user preference for detail. (In my opinion not lower than 8, higher is les detail but rounded force).

Thank you if you are going to try these settings.

I hope that you give me your opinion after trying them out.